Company background
The International Forestry and Agroforestry Company (INFOA) has more than 20 years’ experience in consulting, management, appraisal and valuation of forestry and agroforestry plantation projects in different tropical regions of Latin America, Africa and Asia.

Through its projects and companies, INFOA promotes a sustainable approach to forestry and agroforestry management to improve forest production, while at the same time contributing to the reduction of the impact of climate change, soil degradation and carbon capture and fixing.

Company Expertise
For more than 20-years, INFOA has participated in forestry and agroforestry projects in several countries, particularly in tropical regions. Its activities and strengths focus on promoting sustainable, profitable management of forest plantations of tropical native and exotic species; such as Eucalyptus, Pinus, Acacia, Kaya ivorensis, Gmelina arborea, with emphasis on teak plantations, in different tropical regions around the world.

INFOA has participated in the review, appraisal and valuation of several forestry projects as part of due diligence processes in such countries as Brazil, Panama, Costa Rica, Guatemala and Mexico.

INFOA with the co-sponsorship of FAO published in 2013 the teak book with experiences worldwide:

Modules of MiraSilv-2017 Software Developed by INFOA
Originally MiraSilv was developed as part of doctoral research at the College of Forestry, University of Minnesota, USA (Ugalde, 1988) and primarily consisted of a forest inventory module, now expanded and in wide use throughout the world for monitoring and evaluating different forest plantations and agro-forestry systems, including teak plantations. However, at their request and supported by a group of companies and forestry projects that have been using this software for many years in different countries, it was decided to further expand the software. In recent years, the new modules were incorporated, developed and put into practice with a group of companies. The new version of MiraSilv-2017 is trilingual (Spanish, Portuguese and English), can be run by a single-user or in a network, and is composed of seven modules and other additional options as shown in Figure 1.

Figure 1. The seven modules (in capital letters) and other options of the MiraSilv-2017

Currently, and for more than 10-years, INFOA has been rendering forestry and agroforestry advisory services to a group of forestry companies in different countries with an emphasis on teak plantations, including:

Florestal Bacaeri in Brazil with more than 2,000 has of teak plantations and in agrosilvopastoral teak and Kaya ivorensis systems.

Araguaia Valley in Brazil with more than 8,000 has of teak plantations.

Guavirá Agroforestal in Brazil with more than 4,000 has of teak and Kaya ivorensis plantations.

Ecoflorestal in Brazil with 1,600 has in teak.

Santa Genoveva in Mexico with more than 13,000 has of teak plantations.

Balsa PNG 3A Composites in Papua, New Guinea with more than 3,000 has of Balsa (Ochoma lagopus).

Review and appraisal of the proposed cocoa plantation agroforestry project using timber trees as shade based on an alliance with Barry Callebaut (BC) and Mondelez (MDLZ) in Ivory Coast, África (November 2016).

Review and Appraisal of MIRO Forestry Company in Ghana and Sierra Leone, Africa, with more than 6,000 has of teak, Eucalyptus, Acacia mangium and Gmelina arborea plantations (March 2017).

INFOA, through Dr. Ugalde as independent consultant and a member of the funds Managment Committee for the 20,000 has teak forestry plantation project in three states of Mexico, Campeche, Tabasco and Chiapas, (from 2005 to 2020). 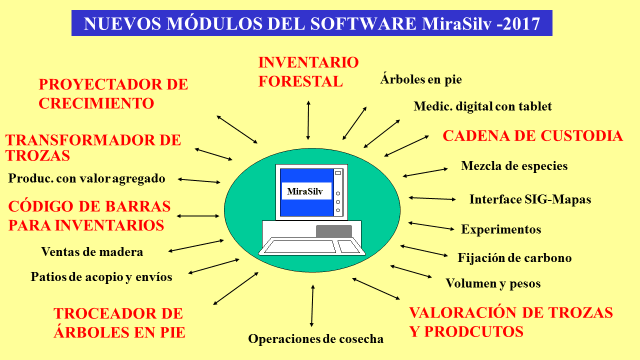